As an ambassador for Black Hills Energy and Nebraska Gas, Josh had a busy October making a positive impact in his community of Schuyler, Nebraska.

Josh is a member of the Nebraska Ambassadors, a group of employees who represent Black Hills Energy and its companies in community service and corporate citizenship projects.

From Oct. 21-23 Josh, who’s a service tech with Nebraska Gas, assisted with a clothing drive at the Divine Mercy St. Augustine Church in Schuyler. Warm clothes were provided to families in need, with extra coats to be donated to a coat drive at the Methodist Church in Schuyler. Nearly 50 boxes of clothes left over from the clothing drive were donated to Simon House, a charitable organization in Columbus, Nebraska, and to the Salvation Army in Schuyler.

As part of the Nebraska Ambassadors’ observance of National Fire Safety and Prevention Month, Josh delivered five cases of water to Schuyler’s volunteer fire department, which he plans to join soon.

Josh ended the month by participating in the Schuyler 3rd Annual Trunk or Treat on Oct. 28, where about 600 trunk-or-treaters visited his decorated service truck. 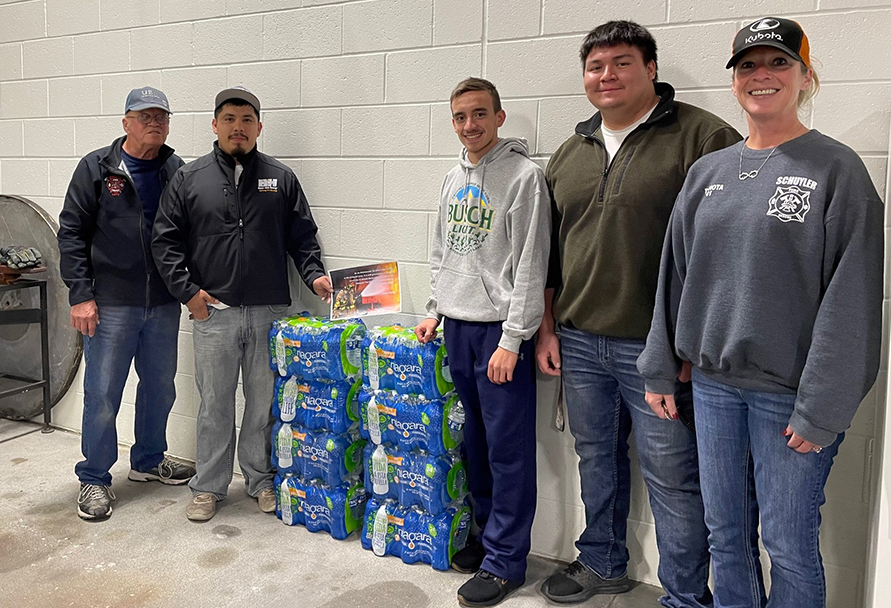