Skip to main content
LOG IN
Home
Supporting both economic, physical health of our communities in Nebraska

The health and wellbeing of our individual customers is as important as the economic wellbeing of the communities we serve. That’s why five years ago, when Black Hills Energy had an opportunity to contribute toward an expansion of the YMCA in Norfolk, Nebraska, it was a no-brainer.

Thanks in part to our $25,000 contribution, the Norfolk Family YMCA now features a staggering 181,000 square feet and includes an outdoor sports complex. The entire campus encompasses 25 acres.

Norfolk is one of the fastest growing communities in the state of Nebraska. There’s a lot of excitement behind the current revitalization, both what’s already occurred and what’s to come. Later this year, city leaders will break ground on a new development at the Elkhorn River (near Black Hills Energy’s facility) which will eventually be full of housing, commercial space and unique recreational features for residents and visitors to enjoy.

The YMCA expansion has been just one piece of that revitalization puzzle, but a much needed one. The current population of Norfolk is near 24,700.  Now consider this: The Norfolk Family YMCA has 10,000 members. It’s an integral part of what makes Norfolk a strong community.

Black Hills Energy vowed to lead in the fundraising efforts with our contribution, which was comprised of $5,000 over five years. We were especially proud to donate toward a facility that awards $250,000 in annual scholarships to ensure the incredible new amenities are accessible to everyone in the community.

Norfolk Supervisor Matt Hines visited with YMCA Executive Director Randy Hagedorn in April to present the final check on behalf of Black Hills Energy. “The Norfolk Family YMCA allows a place for the people of Norfolk to come together year-round. It’s a wonderful facility and helps our entire community,” Hines said. 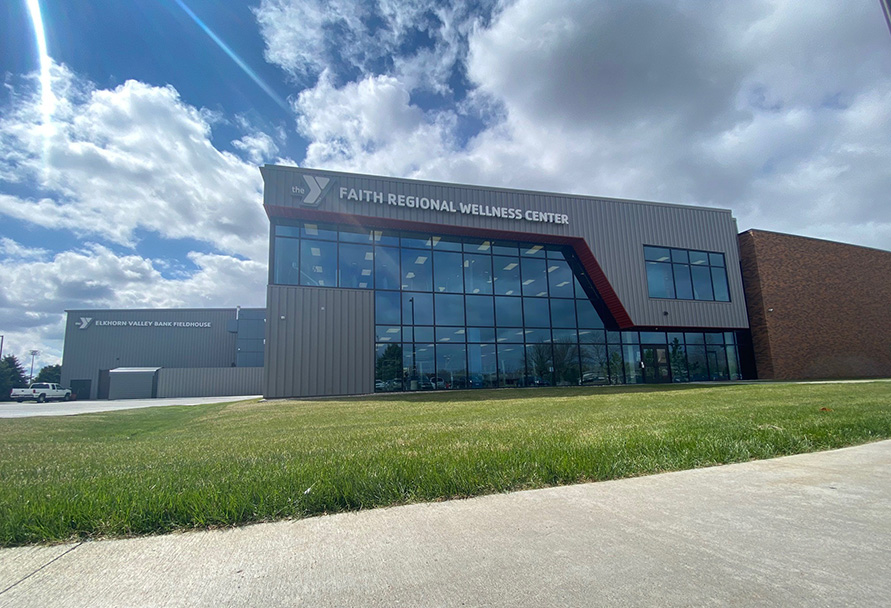